Are you a Victim of Sexual Assault or Abuse?

Home/Assault, Personal Injury Law Firm/Are you a Victim of Sexual Assault or Abuse?

No one asks to be sexually assaulted, abused or harassed. It’s beyond uncomfortable, it is humiliating, infuriating, and against the law. No one should have to endure the mental or physical abuse that perpetuates these all-too-common situations. The definition of sexual assault encompasses any form of sexual activity that is not consensual. That includes being touched, kissed, grabbed, fondled or raped. There are no exceptions.

Did you know that over 80 percent of victims know the person who sexually assaulted them? Most often, the offender is a neighbour, associate, friend or acquaintance rather than a complete stranger. This fact is partly responsible for the lack of reporting – fear of what might happen to themselves or the person they thought they could trust.

If this has happened to you and you have tried to justify, ignore, or blame yourself afterwards, you owe it to yourself to take action instead.

Sexual abuse is about power and if the incident is not reported, the offender continues to sexually assault others… and is not likely to stop. These power-pushers generally target those they consider to be weak or in a compromising situation, such an employee who is on a career track or someone who needs their job to survive.

Every person has the right to determine what happens with their own body, mind, and spirit so when these personal rights are taken away, there is an immeasurable amount of psychological and physical pain and suffering. 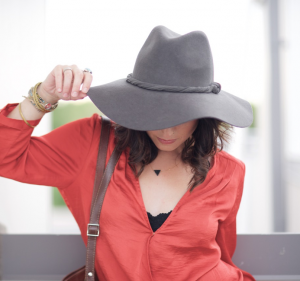 Let’s dispel some of the myths that have held you back or caused you to rationalize your personal situation:

Sexual assault happens to people of all socioeconomic and ethnic backgrounds and doesn’t usually take place in dark alleys. These instances happen in homes, offices and other familiar surroundings which are partly why these scenarios have stopped so many victims from taking action. 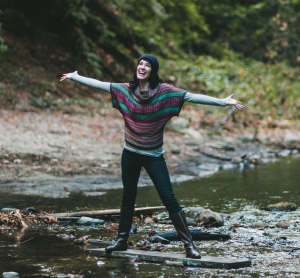 Take a Step Forward – It is Empowering

Keeping the situation to yourself is not healthy for you and doesn’t help put an end to these unlawful acts of power and violence. We encourage you to stop hiding in the shadows and take back your life and your rights. It is your personal duty to maintain your own well-being and hopefully prevent the offender from attacking others. Remember someone is sexually assaulted every two-three minutes!

If you are a survivor of past or recent sexual abuse, assault or harassment, it is time to stand up and take action. Make no mistake… this applies to both genders and all ages.

How We Can Help

Wynperle Law is one of Canada’s top injury law firms. We believe in our clients and take great pride in fighting for justice.  Your specific situation may constitute a criminal case, a civil case – or both.

Having a legal advocate who understands the fine details of the law is a resource you should not be without. We understand the importance of being comfortable in confiding with a legal professional and it is why we encourage a confidential and complimentary consultation.

Don’t waste another minute reliving this traumatic experience – let us help you take action and stop the offender from a repeat performance for good. Call 1-866-696-0300 or fill out this quick form to get started.