How to Appeal a Personal Injury Verdict

Experiencing a personal injury that was caused by another person is often followed by filing a claim with that person’s insurance company. If a fair settlement can’t be negotiated, a lawsuit against the guilty party is often the next step, which means the case may go to trial.

A personal injury attorney is needed to further the process, starting with the collection of evidence. Attorneys on both sides of the case will pull out all the stops to try to get the judge or jury to render a verdict in their favour. An injury attorney will not get paid if the verdict is in favour of the defendant and the attorney for the insurance company may not be hired again if the reverse is true.

Although negotiations to settle between the two parties may continue throughout the trial, evidence will begin to show which side has the strongest case. If no settlement is made before the verdict has been determined, the trial will conclude with one side as the winner.

If the personal injury victim loses the case, the attorney may recommend filing an appeal, which is a formal request for a higher court to reverse the previous decision. However, an appeal is not
a fix for losing or for not getting the compensation that was expected. It is not a new trial – it is an attempt to correct errors made in the lower court proceeding that hurt your case. That would include:

The Courts of Ontario website is the place where the necessary court forms can be found. The Notice of Appeal or Application for Leave to Appeal must be filed to let the court know an appeal is being requested. The Notice of Appeal must be filed within 30 days from the date the verdict was given. If it is not, then a request must be made to the court for an extension. 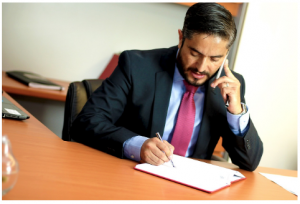 The attorney will work with the client to prepare for the hearing with a “statement of argument.” This “factum” helps explain the reasons as to why the appeal is necessary. Witnesses are rarely involved in appeal cases; it would actually be an exception.

If there are any past court decisions that would support the appeal, the legal assistants will conduct in-depth research to find and reveal them. If any new evidence is uncovered during this research stage, the appellate court will allow it, by affidavit, to be introduced with the following stipulations:

Introducing new evidence is rarely accepted, as it must meet all of the above conditions.

If an appeal has been filed and the victim no longer wants to pursue this as a viable route, a Notice of Abandonment of Appeal must be filed.

This is a simplified version of the appellate process and should not be viewed as a “second chance” to prove the case. It is basically a follow-up hearing to rectify what appeared to be an inaccurate verdict.

Think your injury case verdict should be appealed?

Wynperle Lawyers are experts in injury cases and can help determine whether your case is worth pursuing at the next level. We welcome all concerns and encourage you to set up a free consultation to discuss your options.