At Wynperle Law we’re committed to giving back to the communities where we live and work. I’ve been a member of the Hamilton YMCA (“Y”) for well over a decade. It’s not just a gym; it’s a community. I have watched how young and old alike benefit from what the Y has to offer.

As a result, my family and I have been long time supporters of the YMCA in the Hamilton-Burlington-Brantford area. We’ve contributed annually to the Strong kids campaign and in particular to the Virtual Y program, which brings the benefits of the organization to inner-city or low income schools where any fee is a significant barrier to participation for the majority of children.

When I heard about the plan to open a Niagara West YMCA branch, I was excited. This was a community that didn’t have the experience of the Y and all its benefits locally. I not only donated funds to the campaign, but also was proud to be a member of the capital campaign project.

This year, the Niagara West YMCA opened, and what a great place it is! CEO Jason Brown summarized it best, saying: “It’s really the culmination of many years of hard work by our staff and our volunteers…it’s a great experience for everybody.” 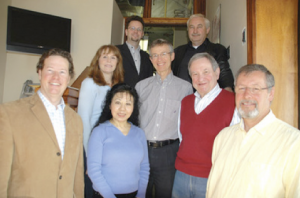